Today, Friday October 26th 2018, the ashes of University of Wyoming student Matthew Shepard will be interred in the Washington National Cathedral in a service conducted by Bishops Mariann Edgar Budde, bishop of the Episcopal Diocese of Washington, and Bishop Gene Robinson. It is 20 years since Matthew’s death on 12th October 1998.
In those 20 years, a lot has changed, some things have changed for the better, but some have changed for the worst. Matthew’s death in a homophonic attack has come to be one of those defining moments, that we wish had never happened, but which changed the landscape forever. His death has had a similar impact to the suicide of 14-year-old Manchester teenager Lizzie Lowe.
Matthew was picked up in a bar in Laramie Wyoming by two men, Aaron McKinney and Russell Henderson. McKinney and Henderson beat him up and left him tied to a fence to die. Matthew was found and taken to Poudre Valley Hospital in Fort Collins, Colorado, where he died six days later from severe head injuries. He never regained consciousness.
Many people around the world are attacked and some are killed, but some events take hold in the public consciousness and the attack on Matthew was one of them. The days after he was found and taken to hospital were days when anger grew at the attack. There were candlelit vigils held around the country as people prayed or him and the country.
His funeral in 1998 was picketed by Christian demonstrators from Westboro Baptist Church. Their presence caused deep hurt and outrage. Westboro Baptist church was back in Laramie to protest at the trial of McKinney and Henderson. But this time there was a counter protest, which has become famous in its own right. The Angel Action counter protest had people dressing in oversized Angel costumes, big enough to hide the Christian protestors from view.
So, why does this matter now? Many LGBTQ+ people in the UK, may never have heard of Matthew Shepard, but they will know his legacy. His murder added to the calls for a bill against Hate Crime to be introduced in the US. This took a long time, but was eventually enacted into law in 2009. Matthew’s death was one of the most visible examples of someone killed in a hate crime. The Matthew Shepard Act was adopted on July 15, 2009.
His death achieved more than that. The counter protest to Christian demonstrators that was so public and visible has become widespread. In this country we see Christians at Pride showing support for the LGBTQ+ community and acting to neutralise the effect of Christian protests at Pride events. A Christian presence at an event is no longer defined as one of hate and exclusion, those of us who believe in inclusion and affirmation can now make our voices heard in a more powerful way.
Matthew’s parents kept his ashes at home with them, but now they are being buried in the National Cathedral of the Episcopal Church that Matthew belonged to, in a service conducted with an out gay bishop. This service affirms all of us who are gay and Christian and it is a pound day for the LGBTQ+ community in America and around the world.
The Matthew Shepard foundation set up in his memory can be found here www.matthewshepard.org

The book Judy Shepard wrote about Matthew and his murder – The Meaning of Matthew – can be bought here amazon.co.uk

The film about the events in Laramie – The Laramie Project – can be bought here amazon.co.uk

The National Cathedral has the following page cathedral.org/matthewshepard
where the service can be live streamed or watched later.

The service book can be downloaded at Matthew_Shepard_service.pdf

Matthew, through the mercy of God, may you rest in peace and rise in glory. Amen.

Gathering Voices call for welcome and affirmation of LGBT people in Christian churches
A DAY conference aimed at resourcing churches to become more openly inclusive of people who are LGBT is taking place at Staffordshire University’s Stoke on Trent campus this Saturday.
The event, called ‘From Welcome to Affirmation’, will reflect on the Open Church Charter developed by the Open Church Network, an initiative of Baptist minister Steve Chalke’s Oasis Foundation.
The conference is hosted by Gathering Voices, a collaboration of Christian and LGBT organisations including:
Accepting Evangelicals
Evangelical Fellowship for Lesbian and Gay Christians (EFLGC)
Open Expression: The Stoke-on-Trent based Open Table community
The Sibyls
Stonewall
Revd Dr Tina Beardsley, a member of co-ordinating group for the Church of England’s forthcoming Episcopal Teaching Document on Sexuality and Marriage will deliver the keynote speech, ‘From affirmation to celebration: our stories as inclusive theology’. Kieran Bohan the Open Table network coordinator will lead a breakout group on ‘Creating safe sacred spaces for LGBT+ Christians’

The Ashmolean museum in Oxford is hosting an exhibition as part of a series of events around the 50th anniversary of the Sexual Offences Act. It is a display of items that are on loan from the British museum, but which are not usually on show. I went to visit this free display.
One thing that I found surprising was the amount of material that was faith related. There was a print of the Hindu goddess Bahucharaji. There are myths about her own gender fluidity and her ability to change the gender of mortals. These stories link her to the Hijra community. Hijras are officially recognised as third gender in some South Asian countries. They are considered neither completely male not completely female. 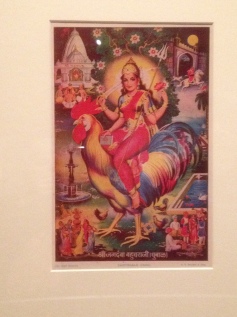 In many African cultures, gender and gender roles are culturally fixed and reproduced through rituals, including initiation ceremonies. On display was a mask from the N’domo ceremony, used by the Bamana people in Mali. The initiation ceremony uses masks and there are male, female and androgynous (ungendered) masks. The gender of the mask is represented by the number of horns. The mask on show at the Ashmolean shows a female mask, as it has six horns. The mask for androgyny has seven horns. 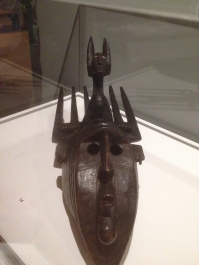 Among some tribes in North America ‘Winter Counts’ were kept as historical records. Each year had a memorable event represented by an image on these records. The exhibition had an example of a Sioux count from 1891 which includes an image representing the suicide of a winkte. In the Dakota language, winkte means ‘wants to be a woman’.
Among many Native American tribes, winkte individuals were considered to be endowed with special spiritual powers because they bridged gender differences. After the arrival of Anglo-Americans, this practice was suppressed. 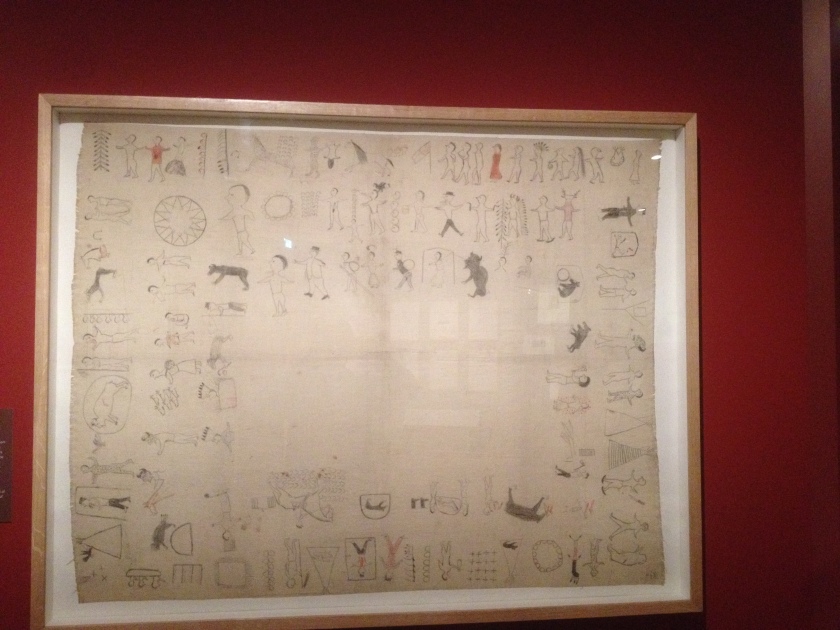 The exhibit that I found most moving was the AIDS quilt. 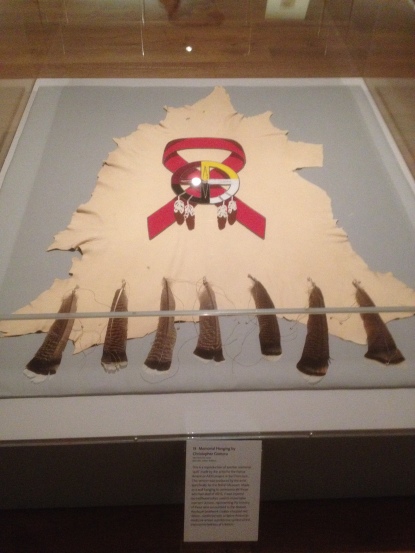 This was a reproduction of a memorial quilt made for the Native American AIDS project in San Francisco. It was inspired by the traditional robed used to immortalise warriors’ actions, representing the bravery of those who succumbed to the disease. Applique beadwork creates a looped red ribbon, combined with a Native American medicine wheel, a protective symbol of the interconnectedness of creation.
An exhibition of LGBT+ themed artwork would not be complete without a depiction of the martyrdom of Saint Sebastian. 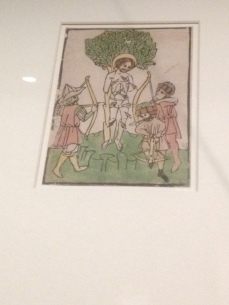 The British Museum publishes a book about its LGBTQ+ collection. This book is called A Little Gay History 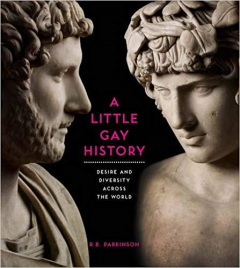 On Thursday November 8, there is a free lecture in Leicester organised by the Catholic weekly magazine The Tablet.    Further details and booking information are on the  Upcoming Events  page.

These can be accessed here.

I have added a new section to the book reviews and posted a review of Jayne Ozanne’s book Just Love.  Available to read at  Memoirs 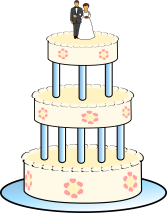 This is one of several cases that have come before courts in this country and abroad, where bakery companies have been asked to bake cakes for particular occasions or with particular messages. The legal situation is not always the same in different countries because of different anti-discrimination legislation. This particular case had been decided in Northern Ireland and the judgement was appealed to the Supreme court.

The reaction to the findings of the court has been mixed, some agreeing with the verdict, some seeing it as declaring open season on service providers to discriminate against LGBTQ people. The legal situation in Northern Ireland is different from the legal situation in the rest of the UK, so the findings are not binding on Scotland, Wales or England but they may be persuasive for future judgements.

I think the judgement was right, that Mr Lee was not discriminated against for being gay. He has bought cakes from the same company before and they had been happy to fulfil previous orders. What was different this time was the particular message – ‘support gay marriage’ – he wanted on the cake. It was also accepted that anyone else who had come in to the shop and wanted that message would have been refused. I agree that it was not about the person, but about the message.

If religion had not come into it, things would be simple – he wasn’t discriminated against and they would have done the cake the way he wanted. However, religion did come into it and legislation about freedom of religion. While I have some sympathy with this, I think on this point that the court should have ruled differently. The message was sufficiently mild that, even though they may have disagreed with it, it does not compromise the fundamentals of their religion.

A new review of Transforming by Austen Hartke has been added, available to read here.

The Christianity page has been updated with new links.  This is available to read here. 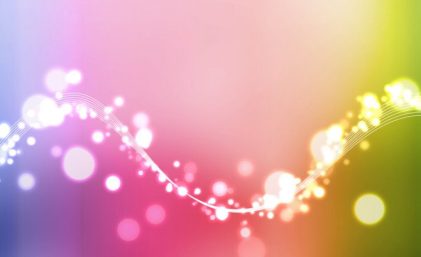 Welcome to the launch of this website. It is time to go live and publish the material that is completed so far.
There is a need for material that affirms people who are LGBTQIA+ in their faith, whatever the letter, whatever the faith. The resources take time to develop, which is why there is only Christian material published to start with. Material from other faiths is under development.
The focus here is on events and resources most relevant to people living in the UK. There is a great deal of material which is based in the US and some of that is not addressing the needs of people in the UK.
The term gender and sexual minorities will be used in this website as an inclusive term, one which includes everyone who does not feel them selves to be cisgender or heterosexual.
The resources offered on this site are all original pieces of work and the copyright is retained by the author. In some pieces the copyright is waived under certain conditions. In other cases, please use the contact form to discuss copyright permissions.